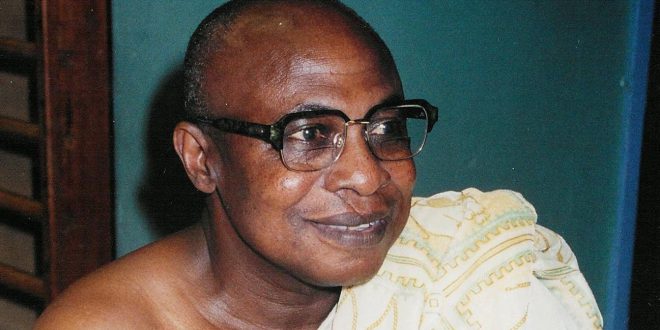 Nana Kwaku Kwatei has been living in Germany since 1984 / Photo: Private

Hamburg-based retiree (73) talks about his 36-year sojourn in Germany and the important lessons immigrants can learn from society.

I came to Germany in January 1984 to seek political asylum.

Before coming to this country, I knew Germany was one of the democratic Western countries, highly industrialised and noted for its cars – Mercedes Benz, VW, etc. and  machines.

It seemed a haven to me and most Ghanaians, and that was why we came here.

It was difficult from the beginning but I managed to cope. I worked in a lot of jobs over the years. These days I write and enjoy my retirement.

I see German society as a disciplined, democratic, orderly and peaceful one which is becoming more and more cosmopolitan and trying very hard to integrate its numerous immigrants.

I have witnessed many changes in the country. There have been more development and improvements in all sectors – governance, infrastructure such as roads and expansion of railways.

I can also talk about the change in attitude towards foreigners, especially asylum seekers and refugees. I think German society is reforming itself gradually.

What lessons have I learnt living in Germany that I think that other Africans or immigrants can learn from?

Discipline, patriotism, a good working attitude, everybody minding their own business. These are things we need to emulate.

As African immigrants we need not concentrate only on acquisition of wealth and material things. We have to learn and apply German attitudes here and in our various countries of origin.

There are interesting events in my life in Germany that really come to mind when I look back.

First, in the 1980s, after I applied for asylum, I was detained for eight hours because the authorities thought I had been there before.

Then, in the 1990s my family and I received our residence permit on humanitarian grounds and in 2000 we got our indefinite stay.

These are memorable events in my life in the country.

If I am to comment on living outside one’s country of birth, I would say there are bad and good things. There are both feelings of nostalgia and worries about old age. Also one was exposed to industrial health hazards causing hypertension, diabetes and depression.

One would feel sometimes like leaving everything here to go and settle at home permanently, but one could not prepare economically to be able to have a good living standard there and therefore one has to resign to fate, living and dying here. This is the big problem facing some of us.