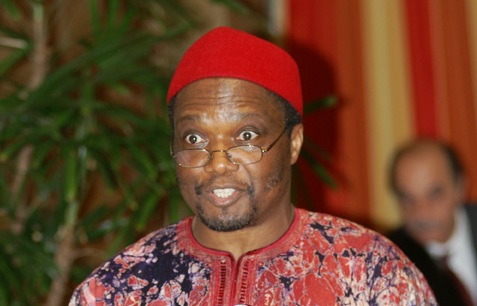 MY LIFE IN GERMANY

I was born in Ogbunike in Oyi local government area of Anambra State, Nigeria, 68 years ago. I grew up in Enugu and had my primary and secondary school education there. I left Nigeria in September 1971 for further studies in the United States. After obtaining a BA degree from Clark University in Worcester, Massachusetts, in May 1975, I started a post–graduate programme in biomedical studies. But after a semester, I decided to move to Germany to study human medicine.

I did not know much about the country except that a student need not pay tuition fees; one only has to take care of one’s accommodation and food. On my arrival in 1976, the African students I met in Mainz helped me to register at the Goethe Institute. There, I took a four-month German language course. My German was not good at the end of the course but it gave me more self-confidence with which I could move on and pursue my goals.

I matriculated at the University of Aachen Medical School in October 1977.

Like other foreign students, I had to pass the university’s special German language course in my first two semesters. It justifies one’s ability to study in a university. When I started the premedical studies in October 1978, my German was still not good enough for someone who had to study human medicine in a foreign language. But I looked around me and was convinced that what one man can do, another can too. There were many African students. I did not have much of the social life a student usually enjoys; my studies and family were the priority. I married in September 1978 and had four children before I graduated from medical school in 1986.

I worked in different hospitals, including the Teaching Hospital (Klinikum RWTH) Aachen, for more than five years. I worked with the German Army in Euskirchen and Düren for a year. In April 1996, I started a clinic as a general practitioner in Niederzier, a small town close to Düren.

I have been running the clinic for more than 20 years now; the majority of my patients are Germans. I am glad they have confidence in me. I do not think the Germans care much about your skin colour; what matters is how much help you can give them. They are well-motivated, friendly and sensitive and are willing to get to know you better.

This society is admirable. It enjoys the advantages of good governance, discipline, tolerance, security and human rights. No one is above the law. People avoid scandal, knowing it has consequences.

Today the number of foreigners has increased now. In the 1970s and 80s we were not so many. I remember being called “Kunta Kinte” in the suburb of Aachen where I used to live because I was the only Black guy around.

I will never forget the German family that helped me secure a scholarship during my clinical years in medical school. I wonder if I could have completed my studies without their help.

German politics and society have become more liberal in the past 20 years. If foreigners can respect Germans’ culture and values, I think they can easily fit into their system and get on with their lives.