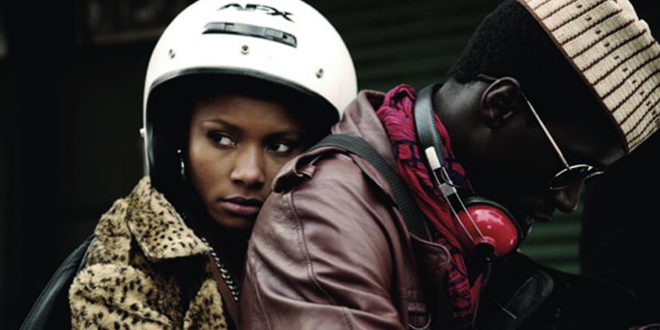 While it is true that there is much to celebrate in Nollywood’s first 25 years, Aderinsola Ajao, a Lagos-based art critic and keen follower of the Nigerian movie industry, argues that the time has come to think more about the fate that awaits the industry in the years ahead.

For the past two decades, almost everything about Nollywood has evolved from interest and passion. It has gained a considerable following locally and globally.

As everyone watches the industry formidably take on the world, passion and interest – for good or bad – are no longer enough: skill acquisition, international collaboration and sufficient funding are essential assets for this new mission.

A lot of research has been done into how the home video business became a multibillion-naira film industry in the absence of any meaningful support from government or any structure regulating production and practice in the Nigerian film industry. With its huge fan base across Africa and the Diaspora, Nollywood has found itself exposed to critical and comparative analysis from every possible angle.

In the face of new approaches to the overall aspects of Nigerian film production, the era of slapdash, substandard filmmaking is gradually fading away. A new crop of filmmakers – telling new stories in innovative ways and making the most of the technological advancements and collaborations available in the film world – is set to take over, either by breathing new life into the populist, pedestrian Nollywood or by embracing a different label altogether.

From melodramatic farce to better imagination

There was a time when the “perfect” Nollywood flick was a melodramatic farce with some slapstick comic relief. All that has changed, though, as better-imagined stories emerge daily.

Much of this change has evolved from the indigenous language sectors. They largely refuse to align themselves with the English-speaking film industry, which wholly embodies the name “Nollywood”.

Yoruba-language filmmakers such as Tunde Kelani, Mahmood Ali-Balogun, Kunle Afolayan and their Hausa-speaking counterparts have upped the plot ante, breaking away from the syrupy, unsubstantial fare that was the order of the day in Anglophone Nollywood.

Over the years, Kelani’s collaboration with some of Nigeria’s finest authors such as Akinwumi Isola, Afolabi Olabimtan and Femi Osofisan have placed his stories among the industry’s best.

Afolayan’s work with professional screenwriter Kemi Adesoye on his Figurine and the blockbuster Phone Swap continue to show that there is little space for watery plots in what some have referred to as the new Nollywood.

Mak Kusare’s Champions of Our Time, though bearing some similarities to Hollywood’s Akeelah and the Bee, also shows a new approach to Nollywood storytelling.

Films such as Chineze Anyaene’s Ije and Obi Emelonye’s Mirror Boy also prove that the filmmakers from the Diaspora or with influence from abroad now have an active role to play in how Nollywood and her stories will unfurl.

In the heyday of poor Nollywood scripting, many analysts felt there was no better time for filmmakers to turn to the richness of Nigerian literature for shooting films with solid storylines.

Bearing in mind, however, that at this time many Nollywood films were made in about four days, a screen adaptation of a Nigerian literary classic seemed highly implausible. For instance, the film adaptation of Elechi Amadi’s The Concubine remains unseen by the larger public.

As mentioned earlier, Kelani has adapted many literary works for his films such as Oleku, Saworoide and Maami, to name a few. Carmen McCain, who has researched Kannywood, the Hausa language subsector of Nollywood, revealed that many Hausa productions – past and present – were adaptations of Hausa literary classics.

“The Yoruba and Hausa film industries have had quite a few novel adaptations – something the English film industry has done much less of. One of my recent favourites was Zarar Bunu, directed by Falalu Dorayi, based on the novel Linzamin Shaidan by Nazir Adam Salih, who also wrote the screenplay,” she said. “It’s a beautiful film and because it was based on a novel, it feels like it has a lot of substance to it.” Many Hausa novelists double as screenwriters in Kannywood, a concept entirely rare to the English-speaking sector, added McCain.

As the industry marches on, the idea of screen adaptations seems to be gaining ground even in the English language sector. Wale Adenuga Production’s The Perfect Church was adapted from Ebi Akpeti’s novel of the same name. The film’s theme and plot were not the regular Nollywood type but dealt with homosexuality. It was slightly more detailed in its approach to the intricacies that show this perfect church was not perfect after all.

One adaptation that was in the news for a long time is Biyi Bandele’s take on Chimamanda Adichie’s Orange Prize-winning novel Half of a Yellow Sun. The film stars Hollywood top brass such as Thandie Newton, Nigerian-origin British Chiwetel Ejiofor, and Nollywood’s Genevieve Nnaji. Bandele is a writer himself and his World War II-themed novel Burma Boy has been described as cinema-friendly.

In Nollywood’s earlier days, it was easy for anyone with stable financial backing but little understanding of the creative process to order a director on set, cast his roles, offer him a script and request that a feature film be ready in a week and have it on the streets in a day.

These days, cinema chains, corporate funding, cable channels, critical and international exposure have ensured that most of the illiterate marketers/financiers are gradually sidelined. Day by day, more distribution companies emerge and multiple channels of accessing content are widely available.

The presence of a number of cinema chains has also made the allure of a red carpet premiere irresistible for filmmakers. There is no end to the number of Nigerian films, made both at home and in the Diaspora, premiering or screening every film week at cinemas across the country and even abroad.

Presently, at least one Nigerian production is showing at the cinemas, a great leap from the early days of the re-emergence of the cinema culture when Hollywood and Bollywood productions held sway.

The fact that many Nigerian films such as Phone Swap, Ije, Maami, and Funke Akindele’s The Return of Jenifa – the latter two shot wholly in Yoruba – beat Hollywood films at the cinemas is a pointer to the industry’s bright future.

This new trend has also made it easy for the audience to discern what films to hit or miss. Increase in bandwidth, and mobile access to films via subscriptions to online sites are fast catching on. With low access rates, global audiences of Nollywood fans can access related content on sites such as Nollywoodlove, iROKOTV and Afrinolly.

As the Nigerian film industry has evolved, so has its audience. Because many appreciate the fact that this phenomenon was borne out of nothing, it was natural to sympathise with whatever the industry offered. As Nollywood’s influence grew across Nigerian shores and critical attention fell on its overly commercial, nonchalant attitude to skilled creativity, a more informed audience decided it was time for change. Among this aggrieved sector were filmmakers, who appreciated the need for training locally and internationally towards improving their art.

The critical analysis continues as bloggers, journalists and academics regularly review almost every new Nigerian release. The Lagos-based Pan African University’s School of Media and Communications has also established a Nollywood Studies Centre. While much of film reporting is still biased towards the celebrity glitz and industry showbiz, a number of informed critics regularly share their opinion online and in print. But has talk ever been enough to improve anything?

“The biggest challenge facing Nollywood today is wrapped in one word: change! Nollywood as an interesting curiosity in the wider world of cinema is no longer enough,” observed documentary filmmaker Femi Odugbemi in an article he was inspired to write after I asked him what prospects he envisaged for the industry.

Skill acquisition appears most important but there is a dearth of wholly dedicated film studies programmes in Nigerian tertiary institutions. Students in the few available programmes complain of inadequate equipment and resource materials. As Nollywood prepares for its next 25 years, this is one important area it must look into for the massive production of locally-grown talent.

“The political power of images as a cultural postmark in a globalised world is an awareness that I believe makes documentary a sub-conscious canvas for Nollywood’s dramatic explications,” Odugbemi enthused.

While Nollywood continues to survive essentially on private funding, many believe that government support for the industry will greatly improve its outlook, especially regarding opening up the country as a choice location for international film crews. A case in point is the choice of Nigeria as a location for many Hollywood films; this has yet to happen as even local directors hardly get such support.

All that appears on the verge of changing, though, as Calabar opened its doors to the Half of a Yellow Sun crew. Known and unknown Hollywood personalities continue to be associated with Nollywood and with more collaborative productions on course, the trend shows no sign of abating.

As more cinema houses are built, more awards and festivals organised and with a pool of young creative talent more than ready to upstage the existing practitioners, Nollywood watchers can expect the next 25 years to be relatively high-octane.