Home / MY LIFE IN GERMANY / “There is only one person between you and your goal,” Lance Corporal Paulo-Flavio Domingos talks about his life as a soldier in Germany 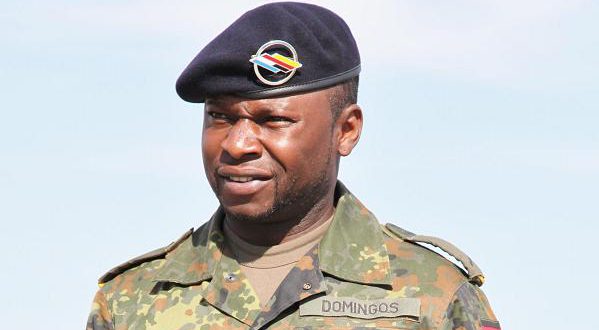 I was born in Luanda, Angola. I came to Germany in 1992 from Angola with my parents. Of course, as I was only six at that time I didn’t know what to expect here and didn’t think much about it.

It was not easy for me when I started school as I didn’t speak a word of German. However, I received a lot of support and German has become a sort of mother tongue for me today. Now I speak six languages, including English, French, Portuguese, Spanish and a native Angolan language.

Before joining the army, I finished Middle School (Mittlere Reife) and completed commercial training with Deutsche Post/DHL. Why did I join the army? I am often asked this question. Really, it was always my dream since my childhood to become a soldier. Hence, it was my ambition to join the German Federal Defence Forces. 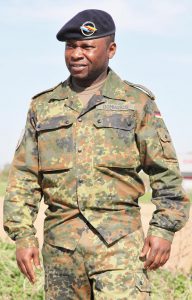 I love being a soldier. I particularly like the team spirit. The daily life of a soldier consists, among other activities, of shooting training, a lot of sports and political education. In my spare time I am training to become a fashion designer as a hobby.

An event that I recall with much joy is a military parade at the Avenue des Champs-Élysées in Paris on 14 July last year. It was the French National Day and I was one of the German soldiers who marched alongside French soldiers there. I feel so proud of myself for being able to participate at the event.

I am also often asked how the life of a young German of African descent is. Well, I cannot complain. I try to live my life the way I like. So far, I cannot recall any particularly negative experiences and I can see only a positive future for me in the country.

I always tell fellow young Blacks that we should believe in ourselves and work hard to achieve our goals. There is only one person between you and your goal, and that is you!

I still maintain contact with Angola, with my relatives who live there. I visited the country two years ago after many years. And I really enjoyed being at “home” again.