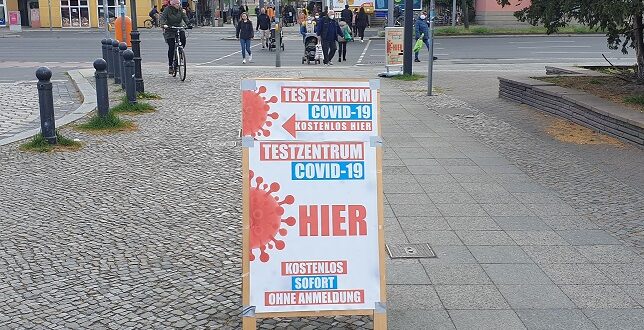 A signboard for a Covid-19 test station in Berlin. A negative Covid-19 test result is required from the unvaccinated to be admitted into public places where the 3G rule obtains. From 11 October, the test will no longer be free for the unvaccinated, they have to pay for it/© Femi Awoniyi/AfricanCourierMedia

COVID-19: What you should know about 3G rule in Germany

It is now mandatory nationwide that anyone who wants to enter certain public spaces must be vaccinated, recovered or tested. The so-called 3G rule now applies in places like restaurants, stadiums and hairdressing salons. [3G means Geimpfte, Genesene und negativ Getestete].

Where 3G rule applies, only those who have been vaccinated, have recovered or have tested negative for the coronavirus infection are allowed in. This should help to keep the number of new infections with Covid-19 as low as possible. Here you can find out what exactly has to be observed and what the 2G rule is, which can be applied as an alternative.

What is the 3G rule and where does it apply?

The 3G rule means that only vaccinated, recovered and negatively tested persons have access to certain public places.

The 3G rule applies in many publicly accessible indoor spaces. Affected are for example

The 3G rule may also apply outside enclosed spaces, depending on the federal state’s regulations. For example, at larger music or sporting events where the Corona distance requirements are difficult to comply with.

In some federal states, there are graduated plans: In principle, the 3G rule then only applies to certain areas or gatherings with higher numbers of people – but it can be extended to other areas and events with fewer guests, depending on the current warning level or incidence.

However, 3G does not apply nationwide, for example, in

Why do some places have the 2G rule instead?

The 3G rule is mandatory in the above-mentioned facilities nationwide. However, some federal states explicitly allow operators to apply the 2G rule instead at their own request and by invoking their domiciliary rights (2G option model). This means:

Inform yourself: 3G rules not uniform everywhere in Germany

The regulations of the federal states on 3G are similar in many points, but they are not identical everywhere. In addition, operators and event organisers have several options open to them in many places, where everyone is free to decide which model they prefer. Unfortunately, this currently makes it necessary to find out specifically which regulation applies there before visiting certain places and events.

The operators of the facilities in question are obliged to at least ensure compliance with the 3G rule. They must check whether customers or visitors have appropriate proof and are not allowed to make exceptions. You should keep this in mind to avoid unnecessary disputes, for example when visiting a restaurant.

Vaccinated, recovered, tested: Who has access according to the 3G rule?

According to the 2G or 3G rule, everyone is considered vaccinated if their last required (partial) vaccination was at least 14 days ago and they therefore have full vaccination protection. To prove this, you must have either your vaccination certificate or the digital proof of vaccination in an app on your smartphone.

Persons who have recovered are those who have survived a Covid 19 infection and have proof of this, for example from a doctor or the health department.

If you are neither fully vaccinated nor recovered, you must be tested if you want to go to the hairdresser, restaurant or other establishment where the 3G rule applies. You need a current negative test certificate to get in. Usually accepted are …

What does the 3G rule prescribe for testing children?

Children are generally exempt from compulsory 3G rule up to a certain age. In many federal states, this applies until the sixth birthday or until the child starts school.

So, for example, if a fully vaccinated parent takes their unvaccinated child under the age of six to a restaurant where 3G applies, the child usually does not need to be tested beforehand. If the 2G rule applies, it is advisable to ask in advance at the restaurant what the requirements are with regard to children.

Pupils are also exempt from compulsory testing under 3G conditions, as schools test regularly anyway when there is face-to-face teaching. Adolescents and older children who can be shown to be fully vaccinated or recovered from Covid-19 do not need to be tested either, of course. The obligation to test according to the 3G rule therefore only applies to children and adolescents in a few cases overall. 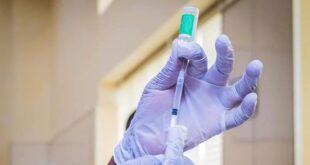 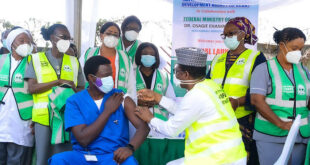 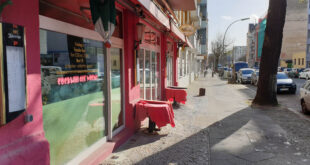 COVID-19 information for migrants and refugees in Germany COVID-19: How, when and where to be vaccinated in Germany